Have you ever thought about opening a place all of your own, where to offer good beer and maybe live music? If you answered yes, this guide is for you. In the following lines I will talk about how to open a franchised brewery , starting from why it is a good idea, passing by the requirements you should have, the permissions and some franchise proposals for pubs, which also include the budget that you will need to calculate in order to start a new business.

What is a brewery: not a simple bar

If you are reading this article it is likely that you already know what is meant by pub or pub and maybe you have already read our content on how to open a brewery . This type of room, very widespread abroad, is in fact present also in Italy for many years, albeit in smaller numbers compared to other types of exercises, such as cafeterias or in generic bars. What I would like to invite you to reflect on, however, is the specificity of pubs and breweries, which usually have a mainly nightly work schedule. Keep this in mind, especially if you have little experience managing a place and if you do not know whether working mainly in the evening is an activity that you might like or not.

Another peculiarity of breweries and pubs is the presence of a typical cuisine , linked to dishes that go well with beer, such as full-bodied meat dishes. However, the presence of a typical pub kitchen is not essential to the success of a brewery, and depends a lot on the setting that the owner decides to give to his pub. As I will explain later, however, some proposals of breweries in franchising provide this combination, sometimes only with main course. But why opening a franchised brewery might be a good idea? I’ll talk about it in the paragraph that follows.

Why open a franchised brewery
Is opening a franchised pub a good idea? It could be, and I’ll explain to you some reasons you should consider if you plan to undertake this activity.

Frequent pubs and breweries is a well established habit even in our country, and the number of people who decide to spend their evenings in pubs or clubs is high. In addition, customers of this type of premises involve many age groups, who can go to the pubs for different reasons. Beer is certainly one of the reasons that pushes people to cross the threshold of a local, but also food or entertainment are not far behind.

In fact, a brewery is often also a meeting point for those who want to attend sporting events in the company of other people, to listen to live music or to meet up with the group in an informal and less demanding environment than a restaurant.

Another aspect to consider is the attention that Italian consumers are dedicating more and more to the beer sector: this is a demonstration of the expansion of the consumption of craft beer and the birth of small and micro breweries almost everywhere in the peninsula. When choosing your local franchise, do not forget to consider these aspects too, especially if you want beer to be a strong attraction. However, do not overlook even the aspect of catering. In the next lines I will explain the reason.

Beer and food: a sparkling pair
Pizza and beer or steak and beer. Two classic couplings that find ample space also in the offer of pubs and breweries. Many franchised breweries are based precisely on the combination of a particular food and beer and therefore set their own market choice in this direction. As a result, the kitchen takes on an important aspect for the restaurant, which then becomes a sort of hybrid between a classic concept pub and a catering model dedicated to a large share of customers. In the examples of brands offering franchising affiliations, you will also find this type of place. The choice of the best type, however, depends on your preferences: if you are a lover of beer and would like to enhance especially this aspect, I suggest you orient yourself on an offer more related to the classic concept of pub. The choice is yours.

How to open a franchise travel agency?

Debor Unger owner of this blog, He created this website many year before to share his experience all about business, firms and much more. 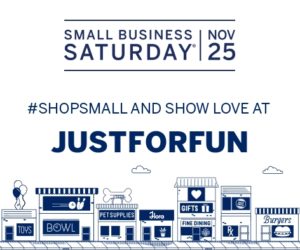